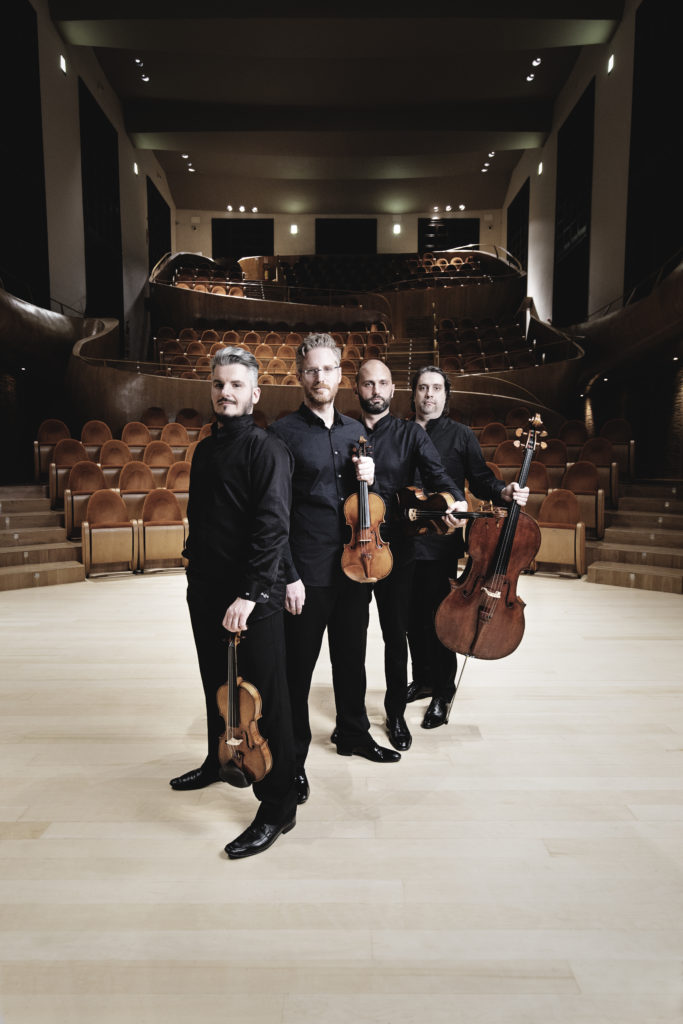 Since its formation in 2000, the Quartetto di Cremona has established a reputation as one of the most exciting chamber ensembles on the international stage, garnered universal acclaim for its high level of interpretive artistry.

The 2019/20 season includes a tour in North America and one in Holland, performances of the complete Beethoven quartets’ cycle in Italy, Albania and Taiwan, concerts in Germany, Spain, France, Switzerland and Scandinavia, as well as several recitals at the major Italian musical institutions. 2020/21 season’s highlights include concerts in Geneva, Milan, Rome, at the Wigmore Hall in London and the debut at the Carnegie Hall in New York.

In 2020 the Quartetto di Cremona celebrates its first twenty years of career, an important milestone for an Italian ensemble. For the occasion, distinguished concerts and record projects will be developed over consecutive seasons: several performances of the complete Beethoven quartets’ cycle, further CDs’ releases, a tour with Bach’s “The Art of the Fugue”, new music expressly composed for the Quartet.

Noteworthy previous recording projects include the prizewinning Beethoven’s string quartets cycle, completed in 2018, and a double CD dedicated to Schubert, released in Spring 2019 and featuring cellist Eckart Runge, which attracted high levels of acclaim in the international press. This latter album was recorded with the Stradivarius set of instruments named “Paganini Quartet”, on kind loan from the Nippon Music Foundation (Tokio).

Frequently invited to present masterclasses in Europe, Asia, North and South America, since 2011 they are Professors at the “Walter Stauffer Academy” in Cremona. They are ambassadors for the international project “Friends of Stradivari” and honorary citizens of Cremona, UNESCO Cultural Heritage for violin making. They are also testimonials for “Le Dimore del Quartetto” project and Thomastik Infield Strings.